I am back in my room and back from day two. Day two was much better. We managed to sleep off our hangovers and the municipal officials appeared pleased with our efforts today. Community representative after community representative presented their hamlet’s wish list in order of their priorities. A community sports field – or cancha de futbol – for their youth topped the list of several communities.

My IPTK colleagues responded with a plea for the prioritizing of more urgent needs, like potable water, agricultural inputs, or a health post. But the farmers’ reasoning also made good sense. Their children needed to be able to play. Work alone would not keep their children happy and on the land.

While our tired crew’s performance improved, we discovered a major wrinkle in the baseline data collection approach. Following the national guidelines for participatory development planning, IPTK and municipal officials had made every effort to gather a broad cross-section of representatives from the across the municipality to ensure as participatory a process as possible. For the data collection, communities had been asked to build a team that consisted of their union leader, a female representative, and someone specifically delegated as the community researcher, able to read and write well.

Most community teams, it turned out, had two representatives and rarely a female. My review of the list of 150 registered participants also revealed that 25 per cent of those present in this data retrieval workshop had registered with their thumbprint. The signature of many others was shaky at best.

When the completed boletas or questionnaires with demographic and production data were quickly reviewed, we knew we were in trouble. I was asked, along with my teammates, to animate smaller working groups for those teams where it was really obvious that they had had serious difficulties reading and understanding the instructions.

The overwhelming majority of the questionnaires were incomplete. Component percentages cited often added up to more than 100 per cent. In one case that I personally observed, the researcher had placed si ‘yes’ in boxes that required numerical information about potato distribution and yield. It was soon clear that participating hamlets had not selected farmer-researchers based primarily on reading and calculation skills, but based rather on their status and knowledge of their farming system.

Even those selected who had a grade-five level of formal schooling had not used their primary school literacy for years. Nor did their way of looking at the world fit the process. They were accustomed to describing their landholdings and landscapes based on their geological characteristics and location, not on metric measurements. It was more common to define your homestead by boundaries such as the mountain stream on the one side and the open pasture on the other. The Western forms that they were being asked to fill in simply didn’t make much sense.

In desperate need of data to complete their part of the census – due in provincial offices so it could be rolled up to departmental and then national level statistics – the municipality agreed to iptk’s offer to have its workers complete the job. The catch, of course, is that the number of staff members able to get the job done are far fewer. Given time pressures and distances, their best judgment – guestimates really – will have to do. 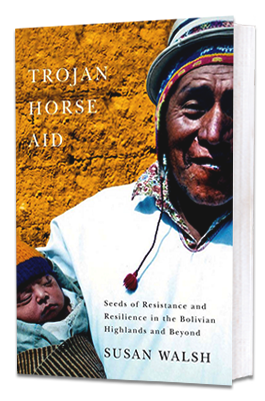